Julia Ducournau’s “Titane,” a wild body-horror thriller featuring sex with a car and a surprisingly tender heart, won the Palme d’Or at the Cannes Film Festival making Ducournau just the second female filmmaker to win the festival’s top honor in its 74 year history.

The win on Saturday was mistakenly announced by jury president Spike Lee at the top of the closing ceremony, broadcast in France on Canal+, unleashing a few moments of confusion. Ducournau, a French filmmaker, didn’t come to the stage to accept the award until the formal announcement at the end of the ceremony. But the early hint didn’t diminish from her emotional response.

“I’m sorry, I keep shaking my head,” said Ducournau, catching her breath. “Is this real? I don’t know why I’m speaking English right now because I’m French. This evening has been so perfect because it was not perfect.”

After several false starts, Lee implored Sharon Stone to make the Palme d’Or announcement, explaining: “She’s not going to mess it up.” The problems started earlier when Lee was asked to say which prize would be awarded first. Instead, he announced the evening’s final prize, as fellow juror Mati Diop plunged her head into her hands and others rushed to stop him.

Lee, himself, spent several moments with his head in his hands before apologizing profusely for taking a lot of the suspense out of the evening. 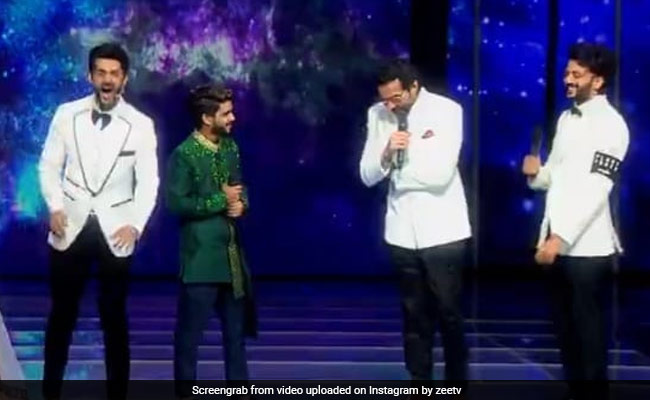