James Gunn‘s The Suicide Squad released in India on Thursday. The film is both a sequel and a soft reboot of the 2016 original and apart from a few characters.

The film has received extremely positive critical reception, and deservedly so. It is an absolutely madcap delight, full of gore, black humour, deep characters, and lots of surprises.

The story concerns itself with Amanda Waller’s Task Force X, a team of metahuman scum who are hired from the dreaded Belle Reve penitentiary, a facility specially designed to contain superpowered criminals.

There are two separate teams, and one — made up of Captain Boomerang, Savant, Blackguard, Harley Quinn, Weasel, and others — is just a diversion. Most of them are quickly dispensed off by the enemy military.

The other one — consisting Bloodsport, Peacemaker, Rick Flag, King Shark (Nanaue), Ratcatcher 2, Polka-Dot Man — is deployed on another beach and are tasked with destroying a secret lab called Jötunheim in the fictional South American country of Corto Maltese. Jötunheim is a sinister lab-prison where humans are experimented upon. It also houses a giant extra-terrestrial creature called Starro, shaped like a starfish and can launch spores that infect humans like the Alien in Ridley Scott’s classic.

At the end, it is revealed that the US government’s goal to destroy the lab was not to stop the horrible experiments, but to erase their role in it to avoid an embarrassing situation. When Flag attempts to protect the evidence of American role, Peacemaker kills him. He is revealed to be working for Amanda. Ultimately Bloodsport shoots him and he apparently dies. Apparently is the keyword here.

As Starro rampages, the remaining Suicide Squad members — Bloodsport, Harley Quinn, Ratcatcher 2, and Polka-Dot Man — decide to disobey Amanda’s orders to evacuate and kill Starro and save the Corto Maltese people. They succeed.

As the film ends, Bloodsport has made a deal with Amanda. She will not harm the remaining Task Force X members, and they in turn will not share America’s war crimes with the world.

A mid-credits scene reveals that Weasel, who was thought to have drowned, is still alive. He ambles towards the jungle. It is clear that he will be back in a sequel.

But it is the post-credit scene that is interesting. We see Peacemaker, whose throat was hit by Bloodsport’s bullet and a building apparently fell on him, is still somehow alive. He is recovering in a hospital and two people on Amanda’s payroll, John and Emilia, arrive and give him his mission: “Save the fu**ing world.”

What does this mean? We do not think Amanda wants him to go after Bloodsport and others, as they still hold the key to her downfall. It looks like Peacemaker has another mission to save the world from something. And we will see exactly what that is in HBO Max’s Peacemaker spinoff series that has already wrapped filming, and will debut in early 2022.

The series will also explore the origins of Peacemaker apart from continuing his story. It will be intriguing to see an undeniably interesting character being inspected in more detail. Although he is an uncouth, murderous rascal, he is also more complex and actually regrets his evil actions even as he commits them.

See also  Audiences are ready to see themselves in anybody: M Night Shyamalan

With the reception the film is getting, Gunn is likely going to have a longer tryst with DCEU than earlier expected. We may also see him adapting other franchises for Warner Bros and DC soon. 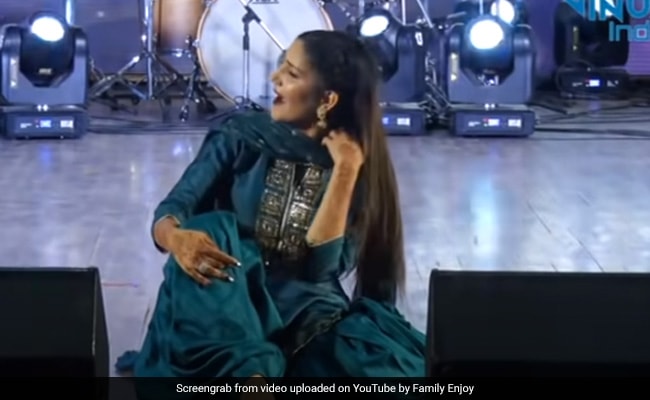