Actor Sushmita Sen, who recently underwent surgery, is feeling “much better” now. The actor said that the universe had “divine timing” as she addressed her health issues just before she started promoting Aarya 2, which she said was “important for the love of my art”. In an exclusive interaction with indianexpress.com, Sushmita spoke about her “spiritual” journey as Aarya and how “extremely happy” she is to be back at work as an actor.

“I went back from being an actor, which I have been for 25 years now, to a student of cinema. I went back to learning a whole new technique of filmmaking, to performing in real-time, to finally getting over my phobia of theatre, and using theatre techniques of performing without any cuts, adapting, improvising and going with the flow for the camera and the digital format. I realised I was born to do this. It is something I should have discovered about myself way earlier,” Sushmita said, adding that she is not a “trained actor”.

“For me, when I am given time to arrive at an emotion or a dialogue or a moment and I am given 24 minutes to perform just one take, I come into my own. I am no longer acting. I am being it. Aarya allowed me to learn and unlearn my art. It allowed me to put my experience of life to use. I am not 16 anymore. I am older, have richer life experiences, and to be able to take those experiences into my performance was a huge opportunity that Aarya offered. So, I am deeply grateful that my return to the form of art I love has been one of the most organic and beautiful experiences. And of course, it was an authored-backed role,” a delighted Sushmita continued.

As she went on to describe her experiences working on the show, she also recalled how, like the character, she had to make some difficult choices in her personal life. “I think one of the most difficult choices for a person like me has been to choose myself over everything else. Despite women in India needing to constantly be selfless and giving, to prioritise me in that big scenario has been a difficult call, and I have done it quite unapologetically,” the former Miss Universe said.

“I have done my level best, despite being in front of the camera and under layers of makeup, to stay true to who I am. And that’s not been always very easy because I joined the industry when I was just 21. It was an age when you are very impressionable, very influenced by the times you live in, the counterparts you watch, what is expected out of you. So, to stay true to your DNA is tough. You know you’d rather follow the suit. But I am grateful to God that I always could stop, take a pause and say, ‘I can get all of these things but I won’t lose myself in the process’. I made that choice consciously because khud ko khoya toh kya paaya (if you lose yourself, you gain nothing). It has been my greatest achievement,” the actor proudly said.

Sushmita Sen said that she can draw many similarities between herself and Aarya. She credited Madhvani for it. “I did not receive any character traits in terms of physicality, which actors usually get. We tend to change our hair, look, body language for a role. But Ram was very clear about keeping Aarya and Sushmita similar in a lot of ways. He wanted to keep it closer to the truth,” Sushmita revealed. “I posted a picture of myself and the audience could gauge that Aarya is coming back. The audience has connected to the character very beautifully. They could differentiate between Sushmita and Aarya without us creating any big differences between the two visually. At the same time, they would believe ‘Oh, she is so strong. Even Sushmita would have done something similar’. At many levels, they believe I am playing myself,” she explained.

In season two, Aarya is back for revenge. She is now a don and much stronger than before. In the first season, we saw Aarya struggling to keep her family safe. But this time, she has a different goal. For the actor, Aarya is reacting to the situations life has thrown at her. In her words, her actions in the series will make the audience feel a sense of relief.

“It is like accepting different temperaments without judging them as negatives or positives,” Sushmita said. “Often enough, and I say this in the bigger picture, we are quick to judge people without knowing what happened to them or why they are going through what they are going through. A lot of times, when people are negative, the negativity is not in their DNA. A lot of the negativity that comes out of people is often a sign of the pain they have endured. Incredibly, no matter who we are, we carry all these energies within ourselves. And at different times, with different levels of tolerance and an immense amount of pressure, that side of our self will be revealed. And sometimes, we look at ourselves and we go, ‘Oh my god, I didn’t even know I have that in me. Where did that come from?’ That is what Aarya represents even for Sushmita as a person. You come to the nurturer, you see Durga. But you come attacking, there is a Kali. And the two exist in the same woman.”

“I am a very calm person. I love silences. I love the ability to make peace with the world around me. But when I did that scene in Aarya 2 (referring to a scene at the end of the trailer), I am not acting. I genuinely have the whole backstory of what Aarya has been through (in my mind) to reach that moment, which is far from negative. You would be rooting for that moment when you’d watch the series because that moment makes you feel that I feel gratified, like, ‘finally, enough is enough’. If you were put there, with the kind of journey she has had, you’d look like her too. So, this is how I see it. I see women, men or whole humankind to have all the emotions just there that come out to protect us and make us aware of ourselves,” she said.

Sushmita Sen also spoke about how her daughters, Renee and Alisah, were a great support during this journey. “My kids had to adapt a little bit for season one because they had gotten used to their mother not shooting for a movie and being away for long. But for season two, they were very excited because they knew what would come out of the absence. They knew that mommy would come back happier. They knew she would have finished creating something that they and their friends and their entire clan can be proud of and they can say, ‘That is my mom’. So, in the simplest of ways, they have come to be my Rocks of Gibraltar and my greatest strength. And when I see the pride in their eyes when they watch my work, I feel like a good mother. I feel I am setting a far better example for them as a woman and as a working mother,” she concluded.

Aarya 2 premieres on December 10. Before we bid goodbye, we asked the actor if another season is in the making. While Sushmita stayed mum, she giggled and said, “You only thought of Aarya till 3rd season? I already have seasons four and five in my head. So, maybe you can ask me if I am ready to play Aarya again when I am done with five seasons of the show.” 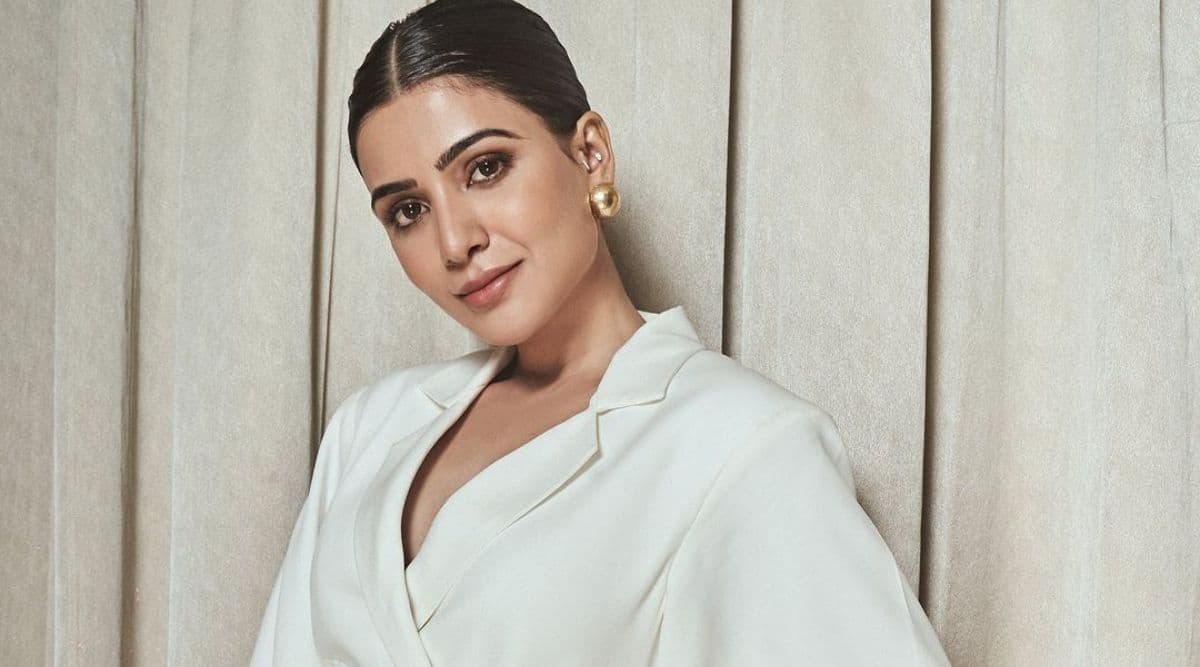