Resident Evil: Welcome to Raccoon City, an adaptation of Capcom’s survival horror video-game series of the same name, is a bad film, but so were all the previous movies in the franchise. In fact, video-game movies, generally, stink. The expression “a video-game movie” has become synonymous with poor quality.

The reason is rarely the lack of budget, as studios usually pour millions of dollars in the production and rarely earn profit. Welcome to Raccoon City cost $25 million, which is not a lot of money for a recognised intellectual property. Sony was clearly dubious of the success of the undertaking but allowed it as something of an experiment.

Even such worthy attempts as Tomb Raiders or Assassins Creed are, at best, sub-standard, if they use video-games as their source material. The most recent Tomb Raider (2018) was based on action-adventure series of games and rebooted previous Angelina Jolie-starrer series. It starred an Oscar-winner like Alicia Vikander and was directed by Roar Uthaug, the Norwegian filmmaker who has movies such as the 2015 disaster flick The Wave to his credit. One of the biggest film studios in the world, Warner Bros, was behind the project. All the same, the film evoked an indifferent critical reception and was not impressive at the box office either.

Similarly, Assassin’s Creed, an adaptation of French developer Ubisoft’s games, starred Michael Fassbender, one of the most in-demand leading men today, along with a cast with names like Jeremy Irons, Brendan Gleeson, Charlotte Rampling and Michael K. Williams. But the film was anyway panned by critics (18 per cent at Rotten Tomatoes) and also underperformed at the box office.

While Welcome to Raccoon City, a reboot directed by Johannes Roberts, is more faithful to the games than the franchise’s previous films, it still does not do a satisfying job in crafting a compelling narrative and developing its characters, save the main heroine, Claire Redfield (played by Kaya Scodelario).

Obviously, games and films are different mediums. But that is still an insufficient explanation. Books and movies are different as well, and there are countless great movies that have sprung out of the pages of a book. Many literary adaptations sometimes even manage to outdo their source material.

The simple reason might be that with video-game movies, the studios’ purpose is to lure fans who are already sold on the material. But they are intensely loyal to the story, characters, and the world, so they get upset when there are even slight variations. But there have to be variations, as stories in games can last for more than 100 hours. But movies don’t have that luxury.

With Resident Evil in particular, the stories are rarely character-driven, so even the most well-known characters are thinly written and not as well-developed as, say John Marston and Arthur Morgan in the Red Dead Redemption series. With Welcome to Raccoon City, Johannes Roberts did not do a job in fleshing out the characters to make them feel like actual people, particularly for those who are unfamiliar with the games.

Another reason might be that movies lack the interactive aspect that defines games as a medium. Many scenes or story/character beats that worked because the gamer felt himself or herself in the situation (vicariously), might not work if one removes the interactive element as it then loses immersion. If a particular character or motivation in a game does not make sense, it is still forgivable if it is serving the gameplay.

Many games are lore-heavy and open-world games especially have too many plots and subplots in the world, which are impossible to cram in a feature-length movie.

Video-game adaptations have to walk a fine line between being faithful to the source material, and not alienate those who aren’t familiar with the game. That is not an easy job.

That said, there are indeed a few good movies based on video-games. But they go out of their way in developing the story and characters instead of just offering references and callbacks from the games. Pokémon Detective Pikachu, Sonic the Hedgehog, The Angry Birds, and this year’s Werewolves Within are a few examples of good to decent video-game adaptations.

If you are a gamer and a movie buff, the future looks brighter.

HBO’s The Last of Us, based on what is considered one of the best games of all time, is probably the most exciting one of them right now. It is co-created by Craig Mazin, who was behind the acclaimed miniseries Chernobyl for the network, and Neil Druckmann, who was the creative director of both games in the series. Pedro Pascal will play one of the main characters.

Can’t let #TheLastofUsDay end without giving you a tiny little peek. @PedroPascal1 and @BellaRamsey are Joel and Ellie, and our journey has been amazing so far.

Then, there is Uncharted, based on another popular action-adventure video-game series in the vein of Indiana Jones, starring Tom Holland in the lead role of Nathan Drake. it is being helmed by Ruben Fleischer and also stars Mark Wahlberg.

The Division, based on Ubisoft’s post-apocalyptic game, is another project to keep an eye out for. It has Jake Gyllenhaal and Jessica Chastain in the cast. 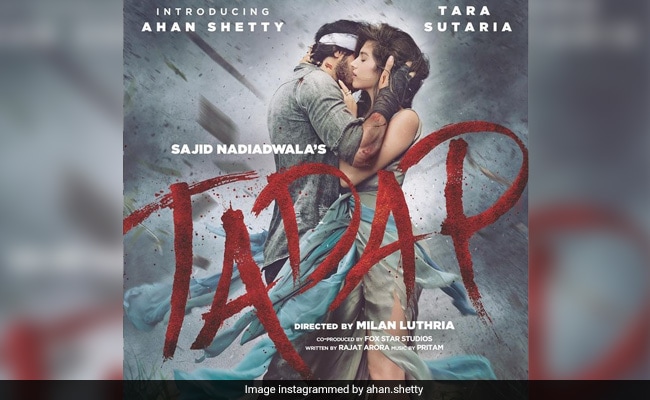