One could imagine the excitement that producer Vignesh Shivan and actor Nayanthara would have felt when director Milind Rau pitched the story of a blind woman taking on a calculating serial killer. There is an innate David vs Goliath trope in the setup. It is juicy plot idea of a misogynistic antagonist underestimating the abilities of a sight-impaired woman, and a fatal lapse in the judgement of the evil man that will lead to his downfall. It is, indeed, a premise for an edge-of-the-seat thriller. However, Milind Rau ruins a solid set-up with lazy writing.

The movie opens with Durga (Nayanthara), a CBI officer, misusing her official power to discipline her foster brother, who likes DJing. She drags him out of a party by his collar and shoves him into her official car. When he refuses to obey her high-handedness, she takes it to the extreme by handcuffing him to the passenger seat. A playful fight inside the car leads to a road accident. She survives the accident, while her brother, handcuffed to the car, dies. She loses her sight and has to learn to live in darkness with massive guilt.

Milind handles emotions superficially, especially guilt. It makes and breaks people, and cannot be laid aside after a good night’s sleep. Bruce Wayne held himself responsible for his parents’ killing and that guilt turned him into Batman. The guilt of creating powerful weapons that aided the killing of innocents turned Tony Stark into Iron Man. It eats one up from the inside and destroys that person, like Devdas.

Not so for Durga though. She has no inner demons to fight or a broken heart to heal. That sort of makes it hard for the audience to connect with the narrative. What is the point of making a movie, if you are not showing the suffering of the central character that would define her and dictate her future course of action?

Ajmal Ameer plays the serial killer. He kidnaps young girls and tortures them in his dungeon. He chases his victims, hits them and tries to kill them, all in public places. Conveniently, otherwise crowded places like metro stations, shopping malls and even a ghetto, wears a deserted look when he hunts his prey. Even the security cameras in public places fail to capture his face. So convenient. The cops in the film are so dimwitted that it adds to your disappointment. And these are just the tip of the problems

Milind’s urge to find an easy solution to all the plot problems is what makes this film so predictable and off-putting.

Netrikann is the remake of the South Korean crime drama Blind. It is unclear whether Milind Rau inherited the mistakes of the original or he took a very good genre film and turned it into a tedious one? 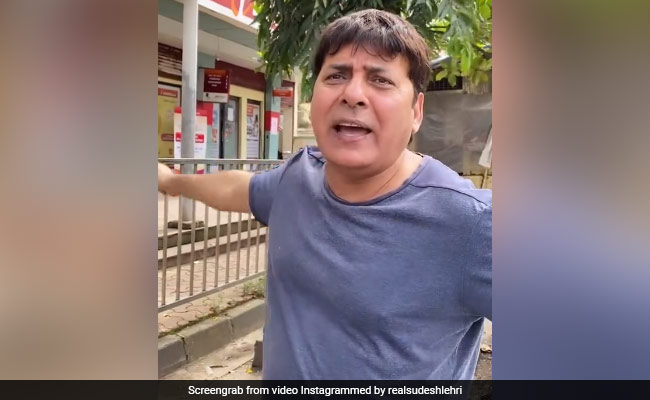