Disney Plus/Marvel series WandaVision was the top winner at this year’s MTV Movie & TV Awards, closely followed by the studio’s other small-screen offering The Falcon and the Winter Soldier.

WandaVision won four awards during the Sunday night ceremony, including best series and best performance in a TV show for Elizabeth Olsen.

Olsen, who reprises her role of Wanda/ Scarlet Witch from the Marvel Cinematic Universe (MCU) alongside Paul Bettany’s Vision in the show, also bagged the award for best fight along with Kathryn Hahn.

Hahn, who plays the ‘nosy neighbour’ Agatha Harkness in the series, also took home two trophies, the other one for best villain.

For The Falcon and the Winter Soldier, Anthony Mackie and Sebastian Stan were named the best duo as the titular superheroes, respectively. Mackie won another trophy for the best hero.

The Black Panther actor, who passed away last year following a four-year private battle with colon cancer at the age of 43, was also nominated for a best actor Oscar for his simmering portrayal of Levee Green, a spirited and cocky horn player who wants to blaze his own trail, away from blues icon Ma Rainey’s shadow in the music scene dominated by white men. Leslie Jones, who served as the evening’s host, won the award for best comedic performance in Coming 2 America.

Rege-Jean Page, who shot to global stardom as the debonair Duke of Hastings in the hit Netflix Regency-set series Bridgerton, emerged as the breakthrough performer at the ceremony that aired live from the Palladium here.

Popular teen rom-com film To All the Boys: Always and Forever, another Netflix project, was named the best movie. Starring Lana Condor and Noah Centineo, Always and Forever is the final chapter of the trilogy, based on Jenny Han’s books.

At the event, Marvel veteran Scarlett Johansson was presented the Generation Award by Pose star Billy Porter. Johansson, who plays Natasha Romanoff/ Black Widow in the MCU, accepted the award via video.

She said the award was in large part due to the many people she has worked with over the years on all her films.

The actor thanked the “many hundreds of creative people all over the world” and “the fans for riding the wave with me and supporting my career so I have the good fortune to continue to pursue the job that is my passion”.

Johansson’s speech was interrupted by husband and Saturday Night Live writer Colin Jost, who poured green slime on her “confusing” the MTV show with Nickelodeon’s slime-filled Kids’ Choice Awards. She then introduced an exclusive clip from her upcoming Black Widow.

It seemed to be a Disney Plus/Marvel show all through as Tom Hiddleston later revealed a new video from his upcoming series, Loki. Actor-writer Seth Rogen appeared in person to present the Comedic Genius Award to his “dear friend” and The Trial of the Chicago 7 star Sacha Baron Cohen. Cohen gave Rogen a break when he hired him as a writer for “Da Ali G Show” when the latter was just 22.

While Chase Stokes and Madelyn Cline from Outer Banks were named the winners of the best kiss, Victoria Pedretti’s turn as the troubled au pair in “The Haunting of Bly Manor” won the award for the most frightened performance. Both series are streaming on Netflix. 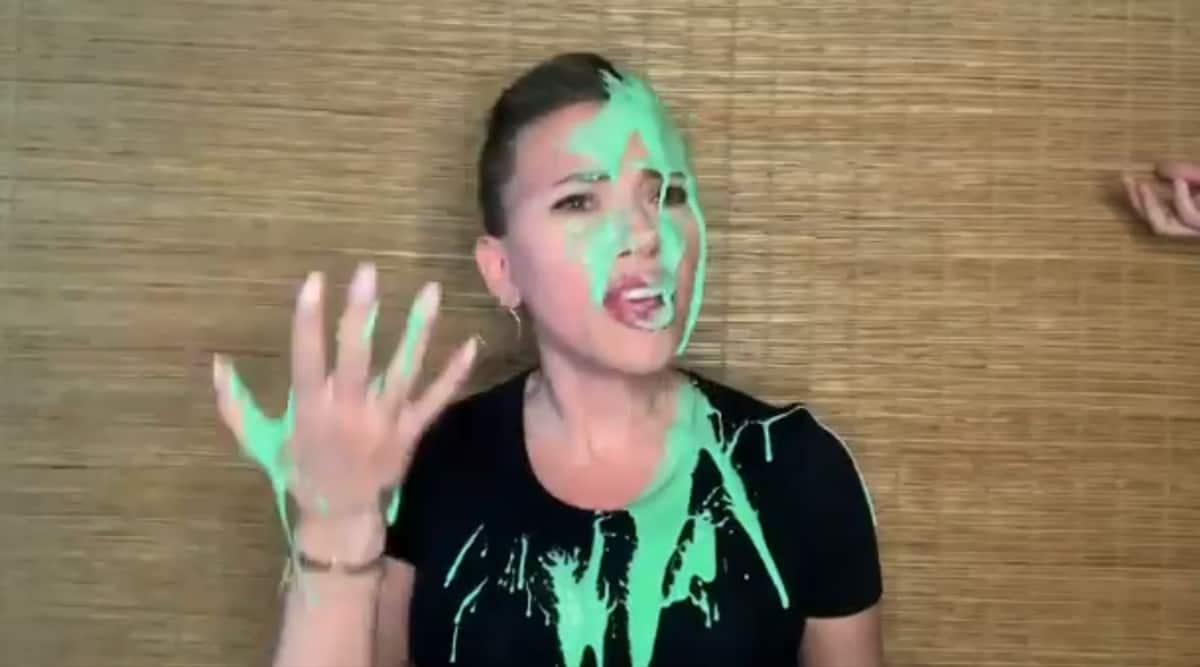 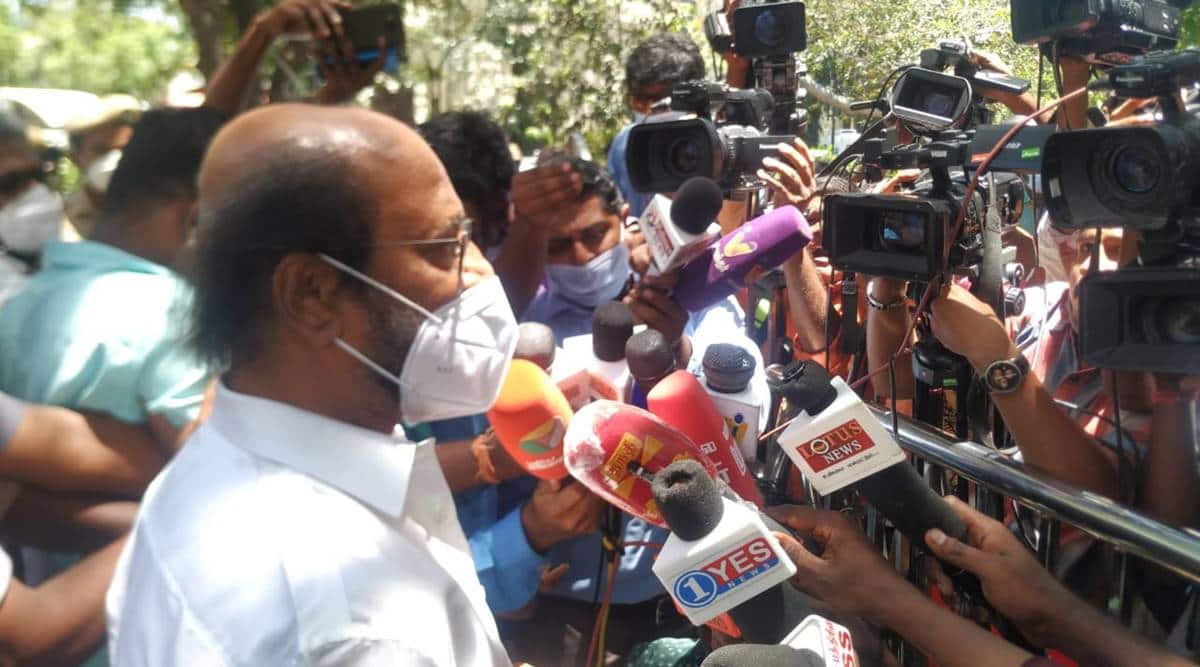