Money Heist season 5 is just over a month away. And fans are already connecting threads to guess what lies ahead in Netflix’s hit crime drama. While the two teasers of the show have so far hinted at a bigger battle the gang of robbers will undertake this time, the fate of several characters, including Sergio aka The Professor seems at the edge.

Not just the audience, even cast members are keeping the countdown going by sharing regular behind-the-scenes pictures and posts to increase the level of excitement. And before the official trailer launch of its part one on August 2, here are top 5 fan theories that have kept us on our toes ever since its season 4 ended on a massive cliffhanger in April 2020.

Cop Alicia Sierra will join Professor and his gang

Alicia Sierra’s character was crushed after the government and police department tried to use her as a pawn. (Photo: Instagram/lacasadepapel)

Season 4 ended with Alicia infiltrating The Professor’s hideout. We even saw in the two teasers of fifth season that the mastermind of the robberies is now helpless and handcuffed. But many fans speculate that this is just a smart way to cut the teaser to excite audience. The inspector will ultimately change sides and join the gang to take revenge from the police. Alicia was left shattered when her department pushed her to take the onus of Rio’s illegal imprisonment and torture, to keep the system’s sanctity intact infront of the public eye. Though she did otherwise, leaving the cops looking out for her, it won’t be surprising if her sole motive to nab The Professor is actually to offer him a deal. The last season also ended on Alicia, played by actor Najwa Nimri singing “Bella Ciao” in the end credits. If that means something, this should it be.

Lisbon will be shot by police Raquel Murillo joined The Professor as Lisbon at the end of the robbery at the Royal Mint of Spain. (Photo: Netflix)

While we know Sergio’s father was shot at the hands of the police while exiting a robbery, he lost his brother Berlin at the end of the Royal Mint of Spain heist too. Taking note of his character graph, he’s always been a lonely character, who’s socially awkward. So, if the makers kill off his only support base and love interest – Lisbon while coming out of the Bank of Spain, the story will become full circle for The Professor.

Actor Alvaro Morte, who plays The Professor, has time and again spoken about how he sees the end of his fan favourite character. Speaking at the Chelsea Film Festival last year, Alvaro opened up about Sergio’s fate. He said, “The Professor was a very weird guy, a very lonely guy and what happened with the band and finding love, it’s a really small chapter in his life. If we’re talking about the end of the character, I think at one point, I’d like to see him go back to that loneliness, that solitary life that he’s more used to and seems more comfortable in.”

Alicia and Tatiana are the same Tatiana, played by Diana Gomez, had a recurring appearance in season 3 and 4. (Photos: Netflix)

Another strong theory that’s doing the round is Alicia and Tatiana are related. Many also claim that they are perhaps the same woman. That’s because apart from Berlin, his brother Sergio and Palermo, it was only his wife Tatiana who knew about the Bank of Spain robbery, inside out. Despite Sergio warning Berlin about revealing it all to her, Berlin trusted her. Also, since the way Alicia handled the negotiations with The Professor, as if knowing his minutest move beforehand, it won’t be wrong if both the women turn out to be one. Alicia, in one of the conversations, also told Raquel about her late husband Germany. And Berlin is the capital of Germany. If you know what I mean!

Both gang and The Professor will escape 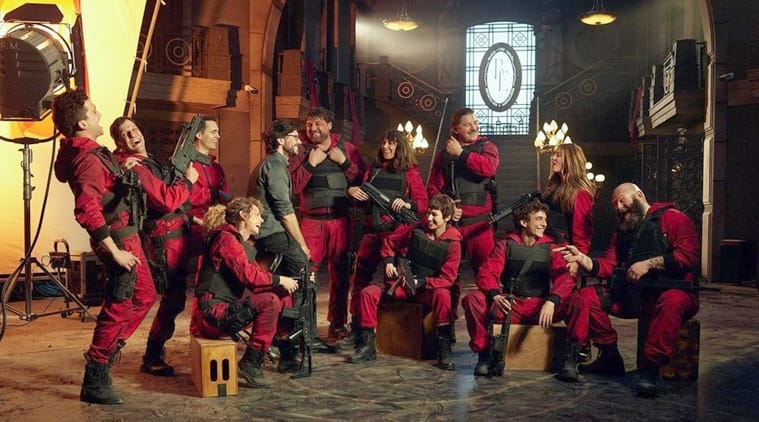 The entire cast of Money Heist posed together for the last time when Netflix announced its production wrap in May this year. (Photo: Instagram/lacasadepapel)

This is an interesting point and combines several shorter fan theories. Many speculate that the gang will fire gold nuggets in the air to create chaos amongst the general public currently demonstrating outside the Bank of Spain, making it easier for the robbers to escape in their Dali masks. We are convinced that the current heist isn’t about money but the freedom of Rio and teaching a lesson to the government. So, when Nairobi gets the gold bars melted into gold nuggets, we can only wonder if that’ll make the escape plan easier for the gang. Also, unlike last time, the guys are not digging any secret tunnel or escape route. Does that mean they are going to use these nuggets to flee?

On the other hand, since The Professor is always ready with a miraculous escape plan, he’ll have one ready to come out of Alicia’s clutches too. Remember at the end of season two, when the gang is in international waters, Sergio addresses a character on the ship as “Captain”? What’s taking note is that he again addressed a man with the same name in season four, episode seven, when he summons Manila’s father Benjamin and his team to execute the Paris Plan. Fans wonder if this mysterious character will reappear to help The Professor, in the absence of Marseille.

Tokyo will be only survivor 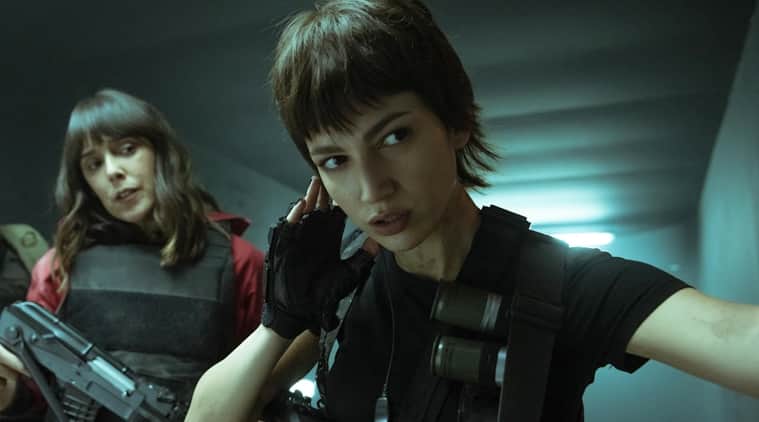 Let’s go back, when the first shot of the show begins on the close-up and voice of Silene Oliveira, before she became Tokyo. All through the series too, Tokyo has been the sole narrator describing the events from her point of view. Infact, her narration is in past tense. And this, when almost every gang member holds equal weightage in the plot. Since the makers chose Tokyo, played by actor Ursula Corbero, fans assume the entire gang gets killed in the end and Tokyo is arrested. She is narrating the entire story to the cops or the judge. Tokyo managed to survive the robbery earlier too, where her then-boyfriend got killed.

Money Heist 5 will release in two parts. It’s part one will premiere on September 3, its second part, also the show’s finale will release on December 3. 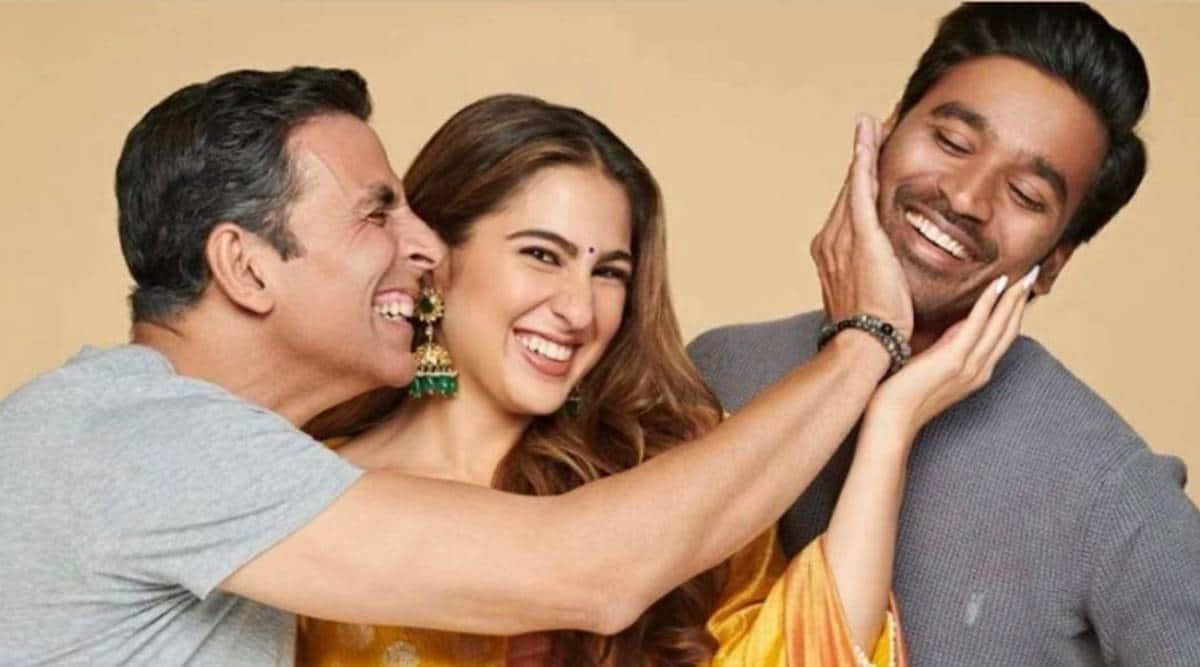