Game of Thrones star Kit Harington says he doesn’t loathe social media, he just doesn’t trust himself with it. The actor is not there on any social media platform, be it Twitter, Instagram, or Facebook despite his global popularity as Jon Snow, the brooding hero of the epic HBO fantasy drama series where he also met his wife, actor Rose Leslie.

The 34-year-old London-born actor, who will next be seen in the second season of Amazon Prime Video’s anthology series Modern Love, said his avoidance of social media is to protect his “mental health”.

“I don’t loathe social media, I just don’t entirely trust it. And with that I mean I don’t trust myself on it. I don’t think it’s going to be very good for my mental health. I just avoid it and I find an easier way of living my life. Plus, I think my wife would take the p*** out of me every day if I went on social media. So, I’m just not going to suffer that,” Harington told PTI in a group interview.

This is not the first time that the actor has opened up about preserving his mental health. In 2019, Harington had revealed that he had to resort to therapy to deal with Jon Snow’s death in the show’s fifth season.

He had said that it was the “darkest time” till the character was resurrected in the next season.

Harington’s trust issues with social media is something that he shares with Michael, the character he plays in Modern Love.

He features in Strangers on a Train, the third episode of the anthology show, opposite Lucy Boynton, the star of the 2018 biographical musical drama film Bohemian Rhapsody.

The Ireland-set episode, which seems to have taken a leaf out of Ethan Hawke and Julie Delpy’s 1995 classic “Before Sunset”, presents the meet-cute story of two strangers Michael and Paula, who meet on a train from Galway to Dublin.

The story sees their bond develop into something ‘meaningful’ during the journey, so much so that they decide to opt for the old school romance by not exchanging numbers or social media contacts and meet again in the traditional way.

“What I liked about my episode was that these two people decided to not do the usual thing of swapping numbers even, or Instagram or Facebook or anything.

“They go in a way that is more romantic and without all of this kind of modern technology that sort of dominates our life. And of course, it backfires but there is a romance to that,” Harington said.

The actor said Michael and Paula are “kind of antithesis” to the term Modern Love.

“They’re like, ‘We don’t want to do modern love in a modern way. We want to do it the old way.’ And that’s why you have this motif of strangers on a train, and then on a platform with people coming through… it is this rejection of dating apps or text messaging. I think it creates for a really romantic story actually, once you take those things away,” Harington added.

Strangers on a Train is set in March 2020, when Ireland, like many countries in the world, underwent lockdown because of the coronavirus pandemic.

The actor said the episode is a light-hearted take on the pandemic scenario and will provide a much-needed relief to people’s heightened anxieties.

“We live in a very complicated world for many reasons at the moment. And I think our music, our art, our drama reflects that. But there’s a need for relief from our anxiety. And I believe ‘Modern Love’ is a really intelligent way of giving people that relief.

“My episode deals with the pandemic directly but it does so in a way that you go, ‘oh, people can still fall in love. Human connection can still happen. There is hope’. This was one of the reasons I did this piece,” Harington said.

“Another reason for accepting Modern Love came from a personal space,” he added.

“I wasn’t in a place where I wanted to do something particularly dark. I said yes just when my wife became pregnant and so I was feeling sort of very weirdly upbeat and at the same time terrified about the world. So this sort of felt like something I needed to do.”

The couple became parents to a baby boy in February.

Since the pandemic struck, there have been many movies and shows that have incorporated COVID-19 and its aftermath into their plots, including Michael Bay-produced Songbird and the HBO Max movie Locked Down, starring Anne Hathaway and Chiwetel Ejiofor.

Harington, however, believes that pandemic-set dramas will be a thing of the past once everything is back to normal.

“I don’t think we’re going to live in a world now where we see people with masks on screen all the time. I think we’re going to move past it. We’ll move to a place that we were out before unless it’s directly dealing with what happened to us over these last two years.”

As for Game of Thrones, there is a casual mention of the epic fantasy show in Modern Love.

In a scene, Harington’s Michael is seen discussing his love life with his brother Declan, played by a mustachioed Jack Reynor.

During their conversation, Declan asks Michael about Paula and what she does. He replies that she is studying Medievalism to which Declan quips, “Like ‘Game of Thrones’?’, leaving his brother with a puzzled look on his face.

In reality, Harington said he has come across people who believe that Game of Thrones, based on author George RR Martin’s book series, is actually history.

“I’ve met people who have said to me, ‘You know, I don’t know much about that ‘Game of Thrones’ stuff. I’ve never been much of a history buff.’ 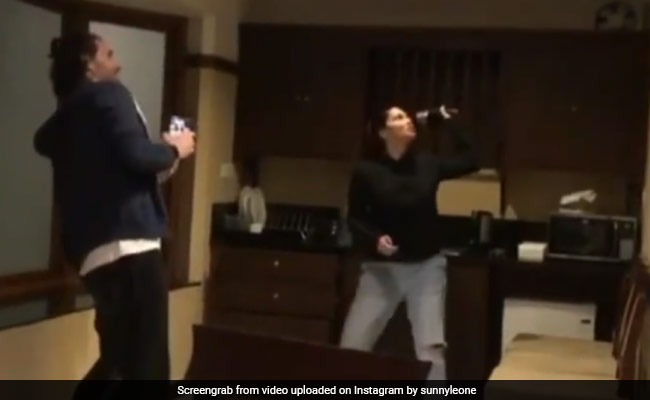