‘Hungama 2’ is being touted as Priyadarshan’s ‘return’ to Hindi movies after 8 years. As well as Shilpa Shetty’s ‘comeback’ after 14 years. On neither count, for very different reasons, is it good news. The film is stale wine in an old bottle, and harsh spotlight is being trained on the actress for reasons that have nothing to do with the film.

Those familiar with Priyadarshan’s broad comedies know that there is no limit to the loudness and obviousness with which the vaguely familiar plots are filmed. Everything screams a set, whether it is a village-based flick, or something set in a town. Decibels are set at a high-higher-highest pitch. In his best films, like, say, ‘Virasat’, the colours are jewel-like; in these others, the cheerful abandon of primary hues can hurt.

‘Hungama 2’, a remake of the Malayalam original ‘Minnaram’, gives us characters who keep popping up in Priyan’s universe. A patriarch (Ashutosh Rana) is kept busy barking at his son (Meezan) who is about to tie the knot, who in turn has to solve a knotty problem in the shape of a young woman (Pranitha) and a baby. A wannabe cuckold (Paresh Rawal) keeps a very suspicious eye on his much younger, attractive wife (Shilpa Shetty). A would-be father-in-law (Manoj Joshi) shows up, and some random worthies swan in and out of the storyline at will, without either them or us batting an eyelid, because this is a Priyan comedy, and no one’s wasting any time looking for sense.

If the action had been confined to the colourless characters played by Meezan and Pranitha, the film would have been a non-starter; both compete for blankness, and the former wins hands down.

Only a couple of people keep you from fleeing. Ashutosh Rana does a marvellous job of a martinet who is, by turn, censorious and silly, bushy walrus moustache to the fore. And Shilpa Shetty looks as astonishingly svelte as she used to: her jhatkas in “Chura Ke Dil Mera” redux are jaw-dropping, even though you never really buy her odd couple ‘jodi’ with Paresh Rawal. The latter, a Priyan staple, is as comfortable here as he has been in all his appearances, even though the films themselves are firmly set upon a curve of diminishing returns. 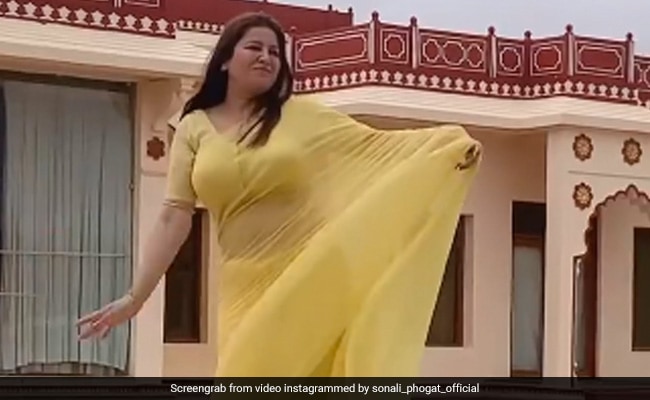