Pumpkin pasties, chocolate frogs, wizarding cards, Quidditch and prophecies — for those of us who grew up on the Harry Potter books, our childhood, well, was nothing less than magical. JK Rowling crafted a world for us to escape into, a world that grew more complex, intricate, and heavily imbued with symbolism as compared to the innocence of the first book. On Rowling’s birthday, we’re thankful for our childhood that was spent in waiting for the books, creating numerous theories that might or might not come true and then getting those books in our hands. Apart from the books, most of us looked forward to the film adaptations as well, as we longed to see how the magic would translate on-screen.

Well, did it? Well yes, and no. It’s understandable that films add their own twists here and there, or interpret something differently as compared to how we imagined it. There is obviously more action than what we read, for instance Harry doesn’t fly around with the dragon, thrashing around the castle as shown in the film, but we don’t mind that.

It’s also fair that every scene cannot make it to the film. Yet, as in the case of the Harry Potter films, significant plotlines or characters that were intrinsic to the development and progression of the story were omitted.

The first two films Sorcerer’s Stone and Chamber Of Secrets were more or less faithful to the books, perhaps because the novels were less complex at the time. Yet, Harry Potter And The Prisoner of Azkaban the pivotal point of the series, which was arguably one of the best books, set high expectations for the film. Alfonso Cuarón directed the film, and while he brought stylistic changes, there was change in the content as well. The turbulent relationship between Ron (Rupert Grint) and Hermione (Emma Watson), which is one of the crucial points of the series, was hardly addressed in the third film. In the book, the two had fought over the fact that Hermione’s cat had almost eaten Scabbers (who was actually Peter Pettigrew, the man who betrayed Harry’s parents). Yet, in the film, there’s just one dialogue about it and that ends there.

The trio’s friendship was particularly fractured in the third book, and they feel a twinge of shame when Hagrid tells them ‘I thought you valued your friendship more than broomsticks and rats, that’s all.” That was the beauty of the books, they weren’t just about unraveling the backstory of Voldemort, bringing him and the Death Eaters down, while an irresponsible government turned their backs on them. It was also the development of the trio’s relationships with each other, as well as the people around them.

Ron and Hermione’s fights were also a stepping stone to their budding romance in the later books. The third film, with all the lead performances and special effects of the hippogriffs, missed out on the key elements of the teenage angst, as well as the Marauders backstory, which is probably one of the biggest missed opportunities in the film. In the book, where Sirius meets Harry and Lupin in the Shrieking Shack, the two of them narrate the entire story of their friendship with their father, the need for the Shrieking Shack, as well as the Marauders Map. The film shows none of this.

Ron’s character suffers injustice in the later films, as he’s reduced to a handful of comic lines on the side. Ron is one of the most human characters in the series, with his feelings of insecurity and anger at being the hero’s best friend. He has always been shunted to the side, in front of his over-achieving brothers.Yet, in the film, none of this is addressed. He slowly peters out, and even the depth of his feelings with Hermione doesn’t receive much attention. It becomes a waste of Rupert Grint.

One of the cue scenes in the seventh book, is when he breaks down as he realises Hermione is being tortured by Bellatrix Lestrange. Unfortunately, we don’t see that intensity.  Their relationship, fraught with much tension and angst, gets just a birds-eye view in the later films. So, forgive us for not quite feeling the chemistry when their much-awaited kiss happens in the seventh film.

Well, it’s still a better treatment than what Harry and Ginny’s relationship received in the films. Ginny Weasley is a spunky, fierce and sharp woman by the fifth book, who even leads the DA when Harry is not there. Yet in the films, she appears demure and docile with a dialogue here and there, even bending down to tie Harry’s shoelaces. There’s no spotlight on Harry and Ginny’s relationship in the film franchise, another fatal weakness. Understandably Rowling herself brought forth their relationship in a burst in the sixth book, but it still deserves some storyline.

The fourth film directed by Mike Newell, Goblet Of Fire, obliterates key elements such as the presence of Winky, the House Elf, who plays a crucial role in serving the Crouch family and knows many of the dark secrets. Barty Crouch Sr fires Winky in the books, and she starts working in the Hogwarts kitchens with Dobby, much to her dismay. Hermione’s furious at the treatment of Winky and begins SPEW (Society or Promotion for Elfish Welfare), which was a fun aspect of her personality that could have been incorporated in the films. Yet, there’s no  SPEW, or Winky in the film at all. There is the glaring absence of Ludo Bagman, who is said to have ties to Lord Voldemort. Rita Skeeter, the gossipy journalist, is an animagus, which is another key revelation in the book but never makes it to the film. As a matter of opinion, Hermione coming to the Yule Ball and sobbing when Ron fights with her, seems honestly absurd for her character.

A fight between the two of them, as shown in the book, would have been much more interesting to see. The Triwizard Torunament’s third task misses the elements of Boggarts and Skrewts, and the film brought in its own spook and elements—impressive, but we did miss the original chills too. Barty Crouch Jr’s fate after confessing the murders, also remains a mystery in the film. In the book, the dementor sucks his soul out, leaving him as a vegetable, which means that he cannot confess in front of the Wizengamot. In the film, we don’t hear anything about him.

Tom Felton as Malfoy, as admirable and snarky as he is, is only seen in flashes. We only get glimpses and snatches of the turmoil inside him in the sixth film, as he struggles within himself. Otherwise, he’s just there as the arch-nemesis, watching from the sidelines.

Order Of The Phoenix, the fifth book, the lengthiest in the series was probably the most difficult to adapt as it had explanation of the prophecy, the beginning of Dumbledore’s Army (DA) and the fiercely-hated Dolores Umbridge. Ironically, while the film did manage to do justice to these elements,  key storylines such as Harry being banned from Quidditch—the sport that he lived for, and how the Gryffindor team would have to win without him, were not in the film. Ron’s confidence issues, Ginny taking the lead, none of this was incorporated in the film. Yet, the most jarring part about Order Of The Phoenix, is the missing scene with Kreacher. In the book, Harry has a vision about Sirius being tortured at the Department Of Mysteries. He uses Floo powder to travel to see if he is still at Grimmauld Place. Kreacher lies and says he isn’t home. This scene of Kreacher does not feature in the film, and he has no role in Sirius’s fate.

The heartbreaking moments of St Mungo’s hospital that give insight into Neville Longbottom’s character don’t make it to the film either. In the book, Neville visits his parents in the hospital as they’ve been tortured into insanity by Barty Crouch Jr and the Lestranges. It’s a poignant moment, with regard to Neville’s personality. Even Dumbledore’s explanation of the prophecy, which is connected to Neville, is cut short in the film. The absence of these elements takes away from the essence of characters, because the book readers would have imagined something entirely differently.

The sixth film, Half-Blood Prince, as hard-hitting as the cinematography was, seemed to have departed from the book and the makers left out many details as they pleased. In the book, Lupin is hesitant about returning Nympadora Tonks’s love owing to the fact that he’s a werewolf, but in the film, they’re a couple from the beginning itself. As mentioned earlier, Ginny becoming this silent muse was rather discomforting.

There were thrilling action scenes, to be sure, but they didn’t seem to add up. The Burrow doesn’t burn down in the book as it does in the film, a sequence that seems pointless because the house is intact in the seventh film. The flashbacks with Tom Riddle and his backstory with Morfin Gaunt, Bob Ogden, Marvolo Gaunt are cut down, which is a big missed opportunity as it just skims the surface of Voldemort’s story behind his thirst for power, domination and demand for pure race. You don’t even get an explanation of Snape’s reason to choose the name Half-Blood Prince, in the film. Harry and Ginny’s sudden romance is phoned in randomly, without much discussion or development.

The seventh book, The Deathly Hallows was the climax of the series and showed the final realization of Snape’s truth, the Battle Of Hogwarts, the desperation of the Horcrux hunt. Harry, Ron and Hermione are exhausted, burnt out, and tempers are on the rise. Part One of the film did its best to incorporate all these emotions, probably did more justice than the second film. Harry and Hermione’s dance after Ron leaves, might have been interpreted differently by readers, but it wasn’t a jarring change. In fact, it added some sweetness to their friendship.

Dobby’s death was as heartbreaking as it was in the book, and Ron finally killing the horcrux was satisfying, as it was a sign of him breaking through all the fears that had bogged him down. Yet, Wormtail’s death, which was more chilling in the book, plays out differently in the film. Wormtail shows some mercy to Ron and Harry in the cellar. However, the hand that Voldemort crafted for him, strangles him to death. In the film, Dobby stuns Wormtail and he just becomes a comedic noise and falls down. It pales in comparison to the death that he actually receives.

In the second part, perhaps the most disappointing aspect was the final duel between Voldemort and Harry. It’s a flashy take on the real fight than what happens in the book, as the two even abandon wands and start punching each other (groan). Harry’s line, “Let’s end this the way we began, Tom,” doesn’t quite make sense in the film because that’s not how it all began. Of course, Bellatrix Lestrange bursting into confetti thanks to Molly Weasley’s death spell, looked rather absurd, and took away from Molly’s character, who had just lost a son, Fred in the battle.

And perhaps, something the fans have never forgiven the films for: The absence of Peeves, the Poltergeist. There could have been so much humourous scenes and comic relief created with him.

The books are layered, complex and delve into the darker zones of human psyche at points. It’s not just about good vs evil, the characters have numerous shades of greys and are far more nuanced than the films have given credit for. Well, the Harry Potter universe is expanding. Let’s see what the next films bring, even if they’re not the adaptations of the original books we grew up with. 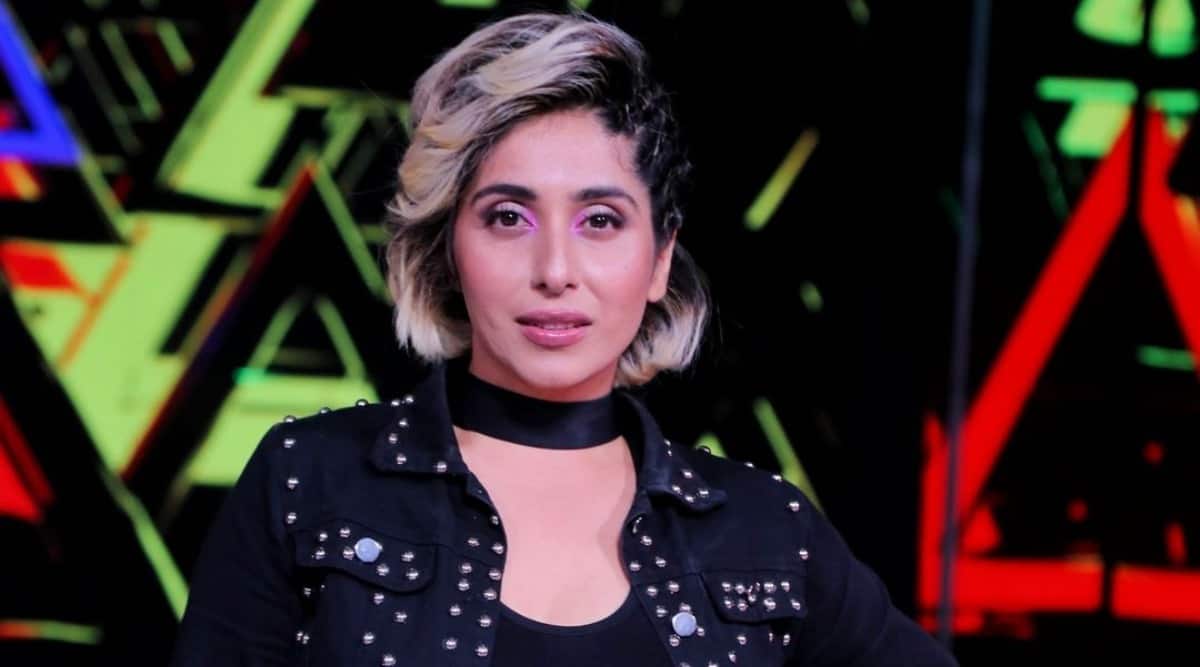 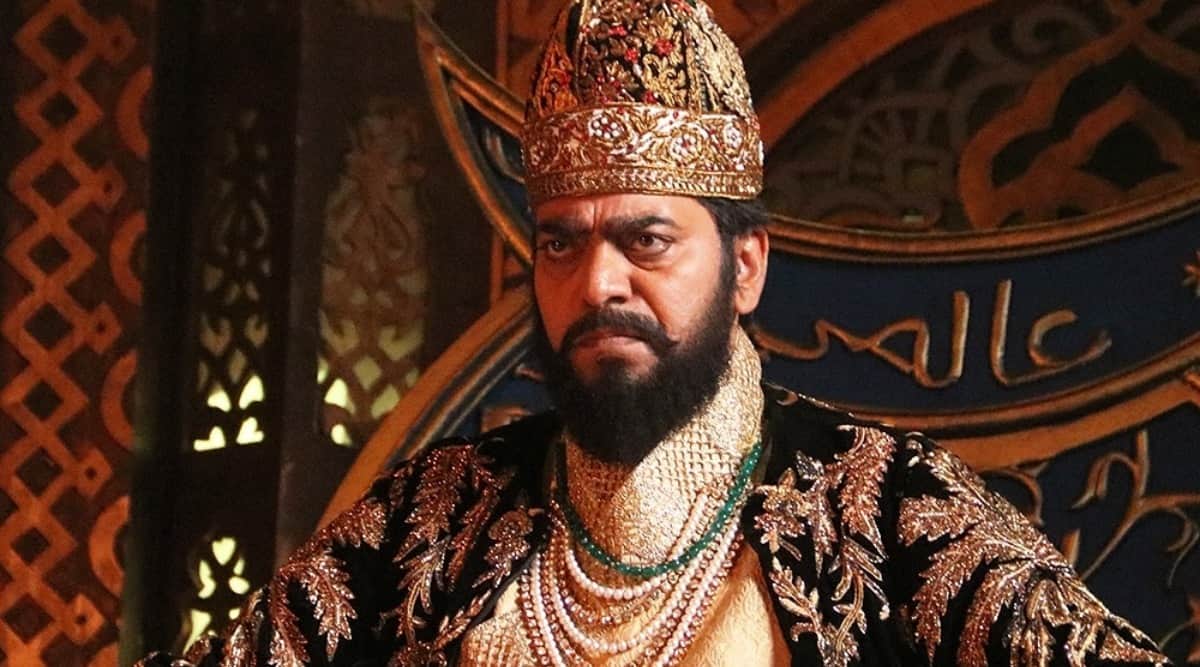