David Chase revolutionised television with his monumental mob opera led by James Gandolfini’s Tony Soprano, ushering in a new era of ambition on the small screen. But what Chase has really always wanted to do is make movies.

“That was my whole goal. It’s been that way my whole life,” says Chase, who nevertheless spent his career in TV (The Rockford Files, I’ll Fly Away) before creating The Sopranos. “Film, cinema. Film, cinema.”

“There’s something about TV that will always for me have this kind of cheesy image,” he continues. “It’s all about advertising, I guess. That’s really all it was for how many years — a machine to deliver sales pitches. It will always have that feeling. But theoretically, the television apparatus can beam anything to you. Great stuff. Things people haven’t even dreamed of yet. But what it was used for was Pampers commercials.”

Since The Sopranos cut to black, Chase made one earlier film, the underrated 2012 rock-and-roll coming-of-age tale “Not Fade Away,” a movie that made explicit the connection music has to his filmmaking. Now, he’s back with The Many Saints of Newark, with the added irony that because of Warner Bros.′ strategy shift during the pandemic, the movie will be playing on HBO Max in addition to theaters when it opens Friday. It’s tempting to quote The Godfather Part III: “Just when you think you’re out.”

“When I was in film school in 1969, ’70, my friends and I would sit around getting high,” says Chase. “We’d talk about: ‘You know, someday, man, movies are going to come into your house. Wouldn’t that be cool?’ Well, it’s not that cool. You’re better off seeing them in the theater.”

But big screen or not, why would Chase, 76, return to the world he so emphatically concluded? He seemed to leave The Sopranos behind for good at Holsten’s restaurant, an ending Sopranos co-writer Matthew Weiner called the TV equivalent of smashing your guitar.

“I needed it,” Chase explains over Zoom. “I guess I personally needed it. I don’t mean financially. I just needed it. I wanted to work on something that I knew was going to get produced.”

Fourteen years after Journey sounded the final notes of The Sopranos, Chase has returned to North Jersey — partly out of necessity, partly because he still likes writing these characters. The Many Saints of Newark, though, rewinds The Sopranos to late ’60s, early ’70s Newark and a different generation of New Jersey mafiosos.

Michael Gandolfini, left, and Alessandro Nivola in The Many Saints of Newark. (Photo: Warner Bros)

There are many familiar, if younger faces: Corrado “Junior” Soprano (Corey Stoll), Livia Soprano (Vera Farmiga), Silvio Dante (John Magaro) among them. But the lead role is a fresh one: Alessandro Nivola as Dickie Moltisanti, the mythically spoken of father to Christopher Moltisanti (here just a baby). Dickie takes a teenage Tony Soprano (Michael Gandolfini, son of James) under his wing.

“David’s one word of advice for me when we started shooting was: ‘Don’t pay any attention to what anyone says about Dickie in the series because they’re all liars,’” says Nivola.

While there are countless connections and callbacks to The Sopranos, fans will likely be surprised how much of The Many Saints of Newark uncovers new narrative territory. It’s set against the fiery backdrop of racial unrest in Newark, and the tumult of the era. Leslie Odom Jr. co-stars in a pivotal role.

“Lawrence Konner and I wanted to make a gangster movie. We didn’t want to make an origin story,” says Chase. “In fact, I didn’t know what ‘origin story’ meant. I hadn’t heard the term until we got into the marketing of this movie. “ 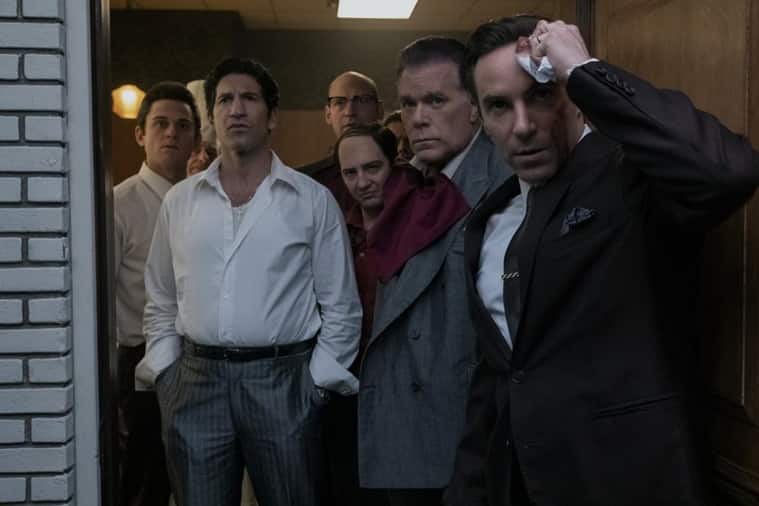 The Many Saints of Newark has received positive reviews. (Photo: Warner Bros)

After writing the film with Konner, Chase intended to direct before health issues forced him to appeal to Sopranos veteran Alan Taylor. Since helming a number of “Sopranos” episodes, Taylor moved on to shows like Game of Thrones and the big-budget spectacles Thor: The Dark World and Terminator Genisys. He was eager to return to a more familiar fiction world.

What’s perhaps most exciting about The Many Saints of Newark is how much it rekindles the storytelling grammar of The Sopranos: family sketched against an American backdrop; an old movie (Key Largo) playing momentarily in the background; the sometimes shattering music queues. Chase and Taylor elected for a soundtrack without score, with Gil Scott-Heron figuring prominently.

And while the film, like the show, is full of violence and genre convention, there is again, in Dickie Moltinsanti and others, the existential melancholy of trying to break free of family DNA, of trying to outrun your own demons, of trying — maybe vainly — to find something worth clinging to.

“I’ve read things that said ‘The Sopranos’ got darker and darker,” says Chase. “Did it? I don’t know. 9/11 had happened, so I guess it got darker. I was talking with someone the other day who said Jim may have gotten darker as things went on. All of that may be true. But what the show was about is: There is always a human connection and a humane connection, even if it might be terribly thin.”

Chase had for years resisted entreaties for a Sopranos sequel, something that became a near-impossibility when James Gandolfini died in 2013. He’s never been one for nostalgia. (Tony Soprano himself once said: “‘Remember when’ is the lowest form of conversation.”) In shaping a prequel, though, Chase struggled to cast a young Tony Soprano until he remembered that Gandolfini’s son, now 22, had begun devoting himself to acting.

After three auditions, Chase cast Michael Gandolfini to play a younger, softer version of the character his father made iconic. By then, the decision seemed fated.

“Being in this world, playing this character, it connected me to my dad as an actor — actor to actor,” says Michael Gandolfini. “Guessing what he went through and understanding a little more went he went through for nine years, and being really proud of him for that.”

For Nivola, the project’s scope only unfolded after he auditioned. His initial scenes were cloaked in typical Sopranos secrecy, with names altered and no sense that Dickie was even the main character. That only dawned on Nivola a few weeks after meeting with Chase and Taylor, when the script was emailed during a flight. 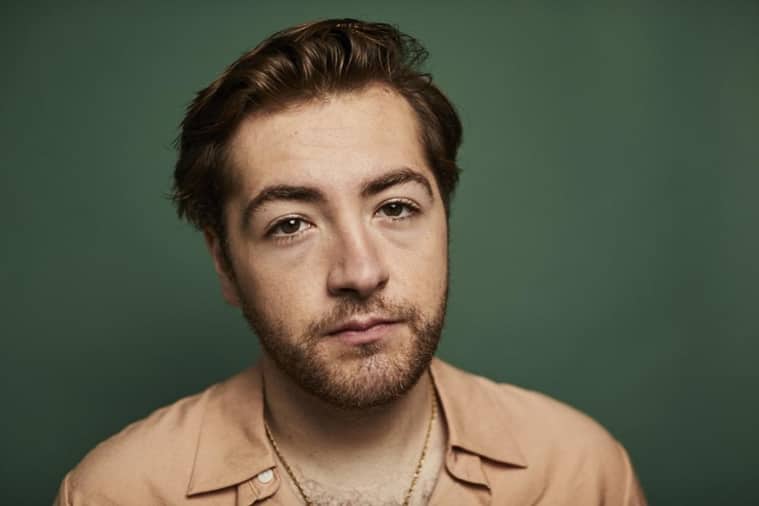 The Many Saints of Newark could spawn sequels of its own. “Will it? I don’t know” says Chase. He now finds himself surrounded and a bit overwhelmed by the small-screen landscape he helped build. Mostly, he doesn’t keep up. He liked “The Queens Gambit” but most shows don’t hook him, he says. Chase instead watches old movies on the Criterion Channel. Contemporary mainstream movies, he sees as much “dumbed down.”

“Yeah, it’s fine to see superheroes and that, but we’re living in a cartoon universe. Except we’re not,” says Chase, who says he spent the Donald Trump presidency glued to television news. “There’s something else going on that we’re not seeing.”

But it’s also clear that Chase still yearns for the big screen, even if his chances have been few and far between. He’s working on a script he’d like to direct. He hasn’t quite made his peace with being forever identified with television. But he’ll take it.

“I mean, yeah. What are you going to do about it?” says Chase. “It’s not the worst thing that ever happened.” 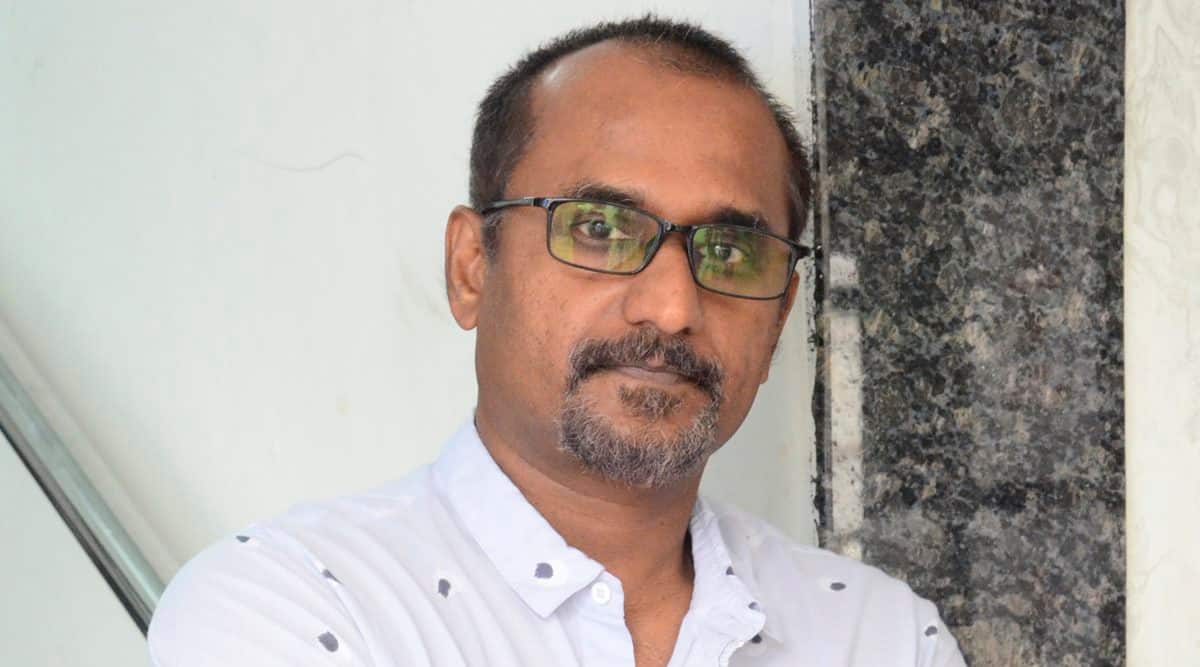 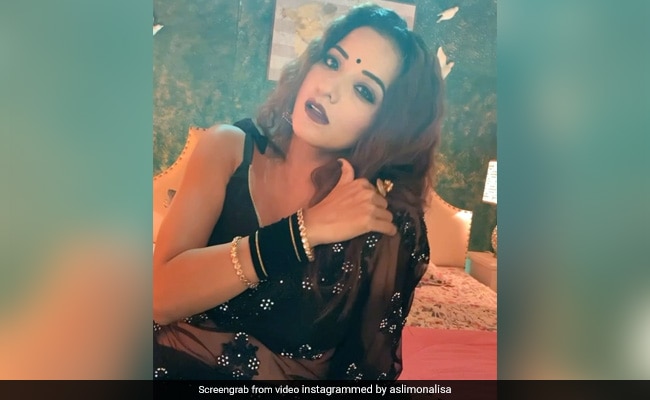