Don’t Look Up, director Adam McKay‘s latest star-studded satire, makes a plea for the protection of humanity, before pausing for a moment and wondering, “Hey, does humanity deserve to be protected at all?” The jury’s still out on that one, but fans of the filmmaker’s hyper-verbose style will find much to enjoy in his thinly-veiled allegory for climate change, out on Netflix. When two scientists, played by Jennifer Lawrence and Leonardo DiCaprio, discover that a planet-killer comet is on a direct collision course with Earth, they go on a breakneck media tour to warn the world about the impending apocalypse. The problem? Nobody seems to believe them. And when they do, they don’t really take them seriously.

A Donald Trump stand-in President, played by a sneering Meryl Streep, wonders if taking a firm stance on the issue could affect her chances of getting re-elected. After see-sawing for a bit, she decides to deny that there is a Mount Everest-sized rock headed her way, which inspires her legions of mostly middle-America supporters to adopt the slogan ‘don’t look up’. They go on demonstrations against Lawrence and DiCaprio’s characters—Randall Mindy and Kate Dibiasky—who must now deal with not just a useless President and an apathetic media, but also the large section of the population that is in complete denial of everything that they say. As Streep’s President Orlean declares in one scene, “You can’t go around telling people they have a 100% chance of dying.”

For all his finger-wagging, McKay’s perspective is limited to the US; his film doesn’t treat the potential destruction of the whole world as a global issue. Ishaan Khatter appears in a five-second cameo as an internet activist of some sort, scolding the US government for limiting its policy-making to America, but I don’t think McKay gets the irony. This was also the problem with The Big Short, which reduced a financial crisis that impacted the entire world to a bunch of white Americans.

Don’t Look Up has the same wandering handheld visual style that McKay adopted in his career pivot to making ‘serious’ cinema—he was best known at that point for a bunch of Will Ferrell comedies—and while it doesn’t have a half-naked Margot Robbie splashing around in a bathtub and explaining astrophysics, it has more than a few sight gags.

But if there’s one thing that he’s especially good at, besides attracting top-tier talent (what’s up with that?) is pacing. Even at dangerously close to two-and-a-half hours long, Don’t Look Up moves at a clip. McKay even finds time to insert a parallel plot line about Dr Mindy’s personal life, which remarkably doesn’t come off as if it has been shoehorned in. In fact, it is because of this that the film, in its final moments, transforms into something that can actually be described as ruminative and tender. These aren’t the sort of adjectives that you’d normally associate with McKay’s work, which is usually reeks of self-importance.

For once, however, he has picked an ‘issue’ whose true impact will be felt in the future—although, as mountains of evidence will tell you, the Earth is currently in the death rattle stage. McKay usually restricts himself to taking an I-told-you-so approach to recent historical events, but Don’t Look Up, he gives a personally invested DiCaprio—the actor is famously passionate about the environment—his own version of that iconic ‘I’m mad as hell, and I can’t take it anymore’ scene from Network.

DiCaprio is very good here, playing Dr Mindy as a perpetually hyperventilating wreck in the first act, a cocksure blowhard in the second, and a whimpering fool in the third. Despite being second-billed after Lawrence, he has the larger arc, and the greater screen time. In fact, Lawrence’s PHD student sort of disappears for a significant chunk of the film, before reappearing with Timothée Chalamet for that moving final stretch. Her back-and-forth with Jonah Hill’s entitled Chief of Staff is a highlight.

Don’t Look Up is, ultimately, preaching to the choir. It is more likely for the people that it is mocking to turn in their automatic firearms than to watch liberal Hollywood at its most hair-pullingly smug for over two hours. The entire operation has the vibe of something that you might imagine McKay and his gang of West Coast elites do at parties, as they slap each other on the back and point fingers at some Evangelical selling the tears of Jesus for $2. But the world is still ending, and the pastor has never even heard of Adam McKay. So, who’s laughing now? 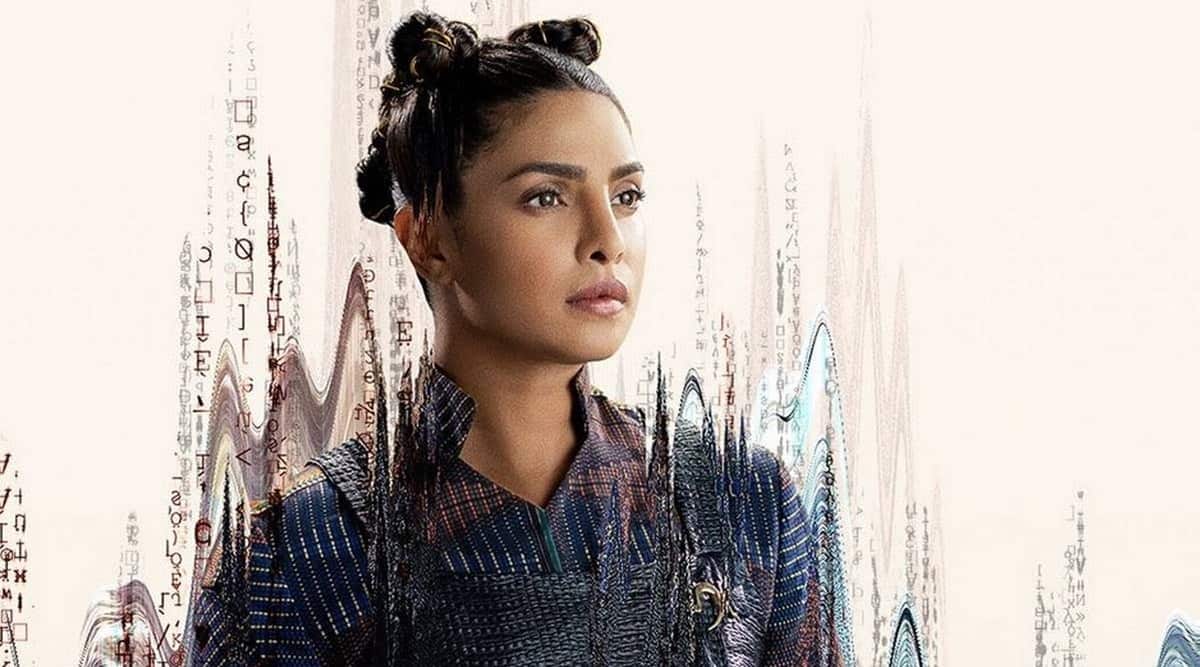