After receiving immense love for Extraction, Chris Hemsworth has begun shooting for the second part of the Netflix film. The Thor actor is currently in Prague. On Friday, he shared a video in which he features with the director Sam Hargrave. The two are on a train as it traverses through between ice-capped locales. Sharing the video, Chris wrote, “Tyler Rake lives! How the f$&k is that possible you may ask?! You’ll have to wait and see, stay tuned.”

“First day shooting of Extraction 2, directed by Sam Hargrave,” Chris said in the video. He also spoke about two things that are different about the sequel of Extraction.

“Two things are very different from the last movie. One, very very cold; two, I’m alive,” the Thor actor said, asking fans to “find out” how Rake is still alive. Later, Hemsworth urged fans to “stay tuned” for the movie. As soon as the actor shared the video, his fans and friends dropped comments. “Epic,” wrote Rudraksh Jaiswal, while photographer Jasin Boland wrote, “Oh man we had the best week ever right! You two were amazing to watch.” On the other hand, fans mentioned how they are excited for Extraction 2 and just cannot wait to watch it.

Earlier this week, director Sam Hargrave too took to his social media platform to share deets on Extraction 2 shoot. “That’s a wrap on day one of Extraction 2 with the train location. We got a lot of snow today, but it looks pretty great on camera, so we’ll take it,” the director said in the video.

The Russo Brothers, best known for directing Avengers Infinity War and Avengers Endgame, will be producing the sequel. 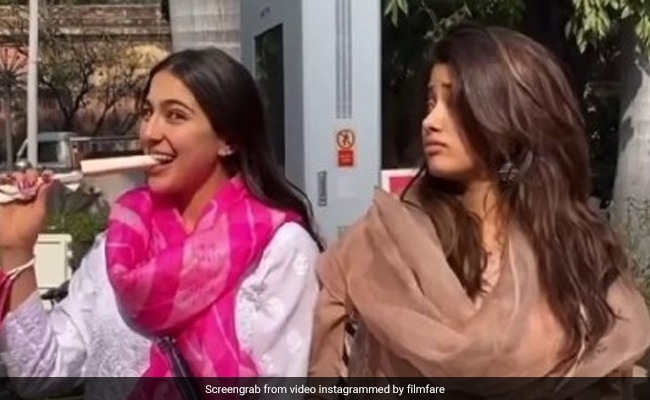