Did we expect such intense action, emotions and thrill all packaged in one trailer? The makers of Money Heist gave a glimpse of what to expect from its final chapter, in the official trailer of its season five, part one which released on Monday.

In Tokyo’s words – “100 hours have felt like 100 years.” While we already know the basic plotline and what lies ahead for The Professor and his team that’s currently inside the Bank of Spain, there were several noticeable things in the trailer, that might leave us curious to connect threads of the story.

Here’s are five best takeaways of the Money Heist season 5, part one trailer suggesting at a lot of drama and gun fight.

Checkmate for The Professor?

Alicia Sierra is going to make life hell for The Professor.

Money Heist season 4 ended with cop Alicia Sierra taking The Professor by surprise at his hideout. While we saw several stills and a teaser about Alicia keeping Sergio handcuffed and chained, the trailer of season five showed that she’s going to torture him too. With Sergio’s words to Raquel that “the stormtank has been discovered” and this might be the last time he’s speaking to his team, we can only wonder whether The Professor will have another escape plan. 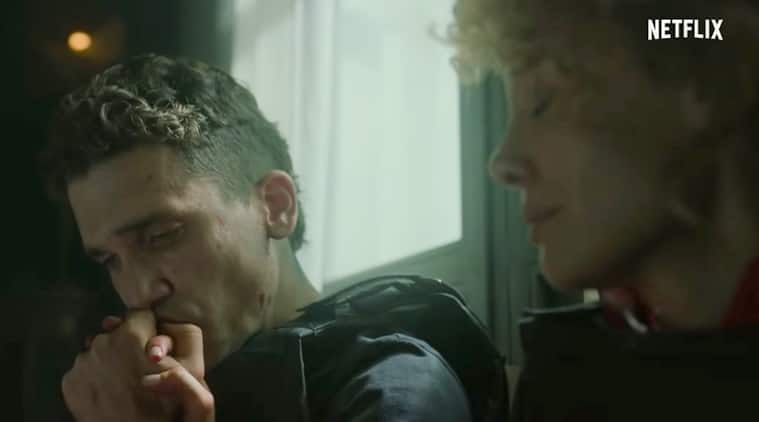 Denver was against Stockholm coming for the heist at the Bank of Spain because of their son.

The gang is vulnerable, but it needs to come together and fight their common enemy. With Colonel Tamayo readying his army to enter the bank, it’s time to resolve differences that have divided the gang through season 3 and 4. Also, in the absence of Nairobi, the emotional centre of the gang, it is on the members to hold close. The trailer shows reconciliation between Tokyo-Rio and Denver-Stockholm, even Palermo reminds Helsinki to make the most of the last chance and avenge the death of his friend Nairobi. 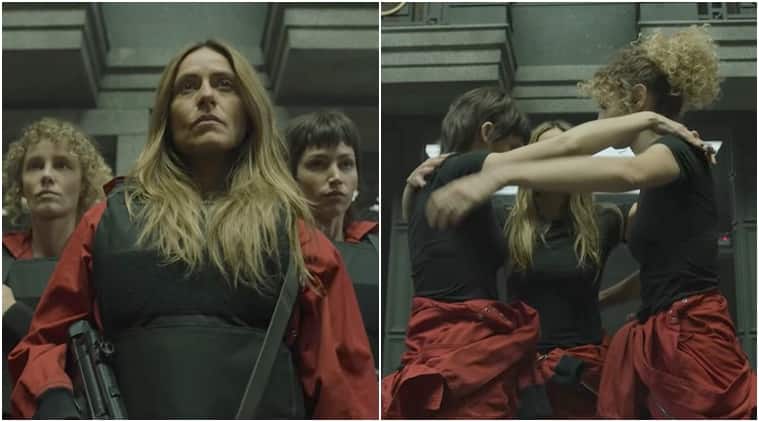 There are several shots of Lisbon motivating the gang inside the Bank of Spain.

“No father. No plan. No hope.” But Lisbon is making sure that doesn’t deter the spirits of the gang. The trailer hints that she’ll take over in the absence of The Professor. Showrunner Alex Pina had earlier said that women are going to play a very crucial part in taking the story forward. And the trailer definitely suggests that. We know Tokyo is impulsive, yet courageous. Even Stockholm has been a surprise ever since she came to the robbers’ side. So, expect a lot from our women. Soon after Money Heist 5 was announced last year, the makers confirmed that actors José Manuel Seda, Patrick Criado and Miguel Ángel Silvestre have joined the cast in the final season. Over the last several months, fan pages were flooded from their behind-the-scenes clicks too. But we finally got to see an official glimpse of their characters in the trailer. While José Manuel Seda will be on the army’s side, Patrick Criado is seen in flashbacks with Berlin, Tatiana and Marseille. Miguel Ángel Silvestre appears with Tokyo who’s in her look from the time the show started. It further proves that Miguel plays someone special in Tokyo’s life, presumably her boyfriend who was killed by the police when the partners were carrying out a robbery before she joins The Professor. Gandia is the chief of security for the Bank of Spain who created mayhem for the gang in Money heist season 4.

Gandia was knocked off by Bogota in the end of season four. While we kept wondering whether he is alive or dead, we see him in the trailer too. But he’s definitely at the centre of Tokyo’s anger who kicks him hard for killing her best friend Nairobi. Considering The Professor had instructed the team to keep Gandia alive to use him as a bargaining chip, the robbers are following instructions. In one shot, a tied-up Gandia is also thrown in front of the army tankers. Will he now be used as a pawn to blackmail the enemy?

La Casa De Papel or Money Heist season 5’s part one will premiere on September 3. Its second and finale part is scheduled for December 3. 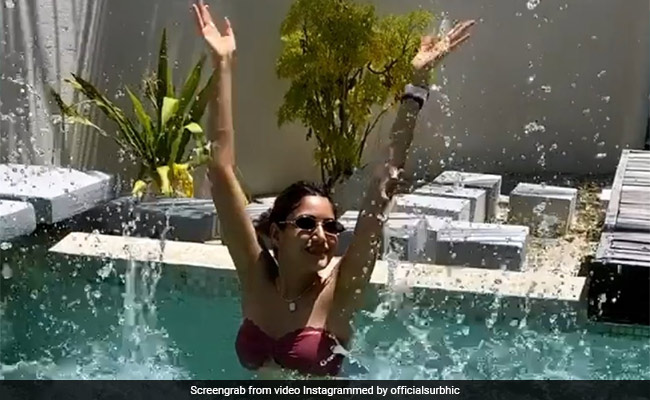